Node vs. Ruby vs. Python for SaaS Application Development

It is only partially true that the choice of programming languages is primary to incorporate all these technologies to develop a functioning application. A “Tech Stack” is what you are looking for to ensure your SaaS application's success.

A Tech Stack is the combination of development tools, programming languages, libraries, databases, frameworks, front-end tools, and the supporting software used during the development process. After market research and getting the perfect product-market fit, choosing the right tech stack is the first and foremost step in developing your application.

Node.js, Ruby on the Rails, and Python offer developers a full-stack development environment. Each has its specialties and caters to different developers' requirements and the application's design.

Let’s review the advantages and disadvantages of the top 3 runtime platforms for Saas application development to help you choose the best one for you.

Node.js is an open-source JavaScript runtime platform built on Chrome’s V8 engine. The efficiency and robust cross-platform development environment of Node.js have made it a popular choice for creating heavy SaaS applications like Netflix, Uber, NASA, and Linkedin.

Node.js is a convenient alternative to JavaScript and is used to develop fast-processing SaaS applications and their backend servers for data storage. It comes with solid frameworks that are equipped to handle multiple requests. Node.js is programmed to support fast development and multitasking without halting the functionalities of runtime.

Due to the competency and freedom of scalability it provides to applications, Node.js is the most preferred tool among programmers, especially for developing data-intensive, server-side SaaS applications. Besides its non-blocking, event-driven input-output framework, along with a range of interactive developer tools and libraries by NPM, adds to the incomparable fame of Node.js in the developer community.

Although Node.js is popular for its unique features, helpful developer tools, and libraries, there are a few glitches that often make developers take a step back from opting for it.

1. Low performance while handling heavy tasks: Node.js is infamous for its fall in performance and effectiveness at the runtime of heavy computations, which often makes the applications crash.

2. Unstable API: Its unstable API invites lots of last-minute changes in the software's backend code, making the development using this platform tedious and tiresome for developers.

Besides these glitches, Node.js is yet the perfect choice for SaaS projects since they require multiple servers, quality performance, and intense multitasking. Its high-powered capabilities and a massive range of libraries and tools make the platform an all-time favorite.

Ruby is a popular general-purpose, object-oriented programming or “scripting” language used to develop web applications like GitHub, Shopify, and Twitter. It promotes rapid application development with the use of simple syntax and other user-friendly features.  It is known as one of the most time-efficient languages in the market.

Ruby also allows programmers to re-use old code unlimited times in various applications, due to which they enjoy creating interfaces with the Ruby-on-the-Rails development environment.

Ruby is a versatile and portable language that is mainly used for developing data processing software, web servers, DevOps, and desktop SaaS applications. Just like JavaScript, it is an open-source development platform that supports cross-programming for database-centric applications. Coders highly prefer RoR (Ruby on Rails) since it offers the option of pre-written codes in Ruby. Thanks to ‘DRY’- Don’t Repeat Yourself, a concept of Rails, Ruby provides developers convenience and ease and makes file handling communication very straightforward.

Lastly, Ruby is praised for its built-in security and functionalities that help programmers ensure security for the application and make it equipped to handle unsolicited intrusions and malware.

Ruby may be the best choice for developing light applications; however, since SaaS applications are usually robust and heavy with bandwidth to incorporate hundreds of users, Ruby can sometimes lag.

Additionally, developers have to compromise while customizing the user interface of the SaaS application and cannot transfer databases easily, which often makes Ruby a second choice when choosing a programming language for SaaS application development.

Since Ruby is still a relatively new language, it is often a second choice for programmers because it's believed not to be ultimately “optimized” yet. Lastly, it's difficult to find as many experts in Ruby as compared to old languages like Python or JavaScript.

Python is an age-old, popular high-level, object-oriented programming language. It is a server-side language that supports a range of libraries, strong community support, APIs, and ancillary tools, making it a preferred choice among programmers since 1991. Its extensive development environment is appropriate for heavy SaaS applications for businesses. That said, Python is known primarily for its easy-to-understand universal syntax that allows simple interpretation of its applications, along with its multi-purpose usages and ability to multitask.

Python is one of the leading programming languages for SaaS application development. However, developers often face an unfortunate lagging at runtime since Python requires an interpreter for codes.

Since Python comes with a vast range of libraries and functionalities for its users, it takes a lot of computer memory to run. This affects the performance of the computer and makes it difficult for developers to test the applications. Additionally, applications programmed using Python have a slow processing speed because the source code is compiled during runtime.

Not to mention the fact that Python does not provide enough options for developing a whole application makes it an unpopular choice.

Before deciding on a programming language and platform for your next SaaS application, criteria like the type of project, size, complexity, delivery time, and system compatibility must be considered. While there is never a clear answer for an obvious winner when it comes to choosing between Node.js, Ruby, and Python, these criteria can help you choose the most lucrative option for your project.

CognitiveClouds is a SaaS development company that collaborates with startups and enterprises to develop, design, and launch creative, high-tech solutions to ease modern-day problems. We work towards providing quality, user-friendly software for different industries.

Reach us here to help us help you decide on the best programming platform for your next project.

Get Your Free Consultation
Mansha Kapoor

Product Design
How Much Does It Cost To Design An App
Ben Obear
May 29, 2017
The quick answer is that it depends on factors such as the complexity of your app as well as the location and skill level of your designers. Depending on these factors, it'll cost you from $3,000 to $60,000 to get a well designed app. While you may think this is a lot of money, good mobile designers are in high-demand so they charge premium rates for their services.
Read more 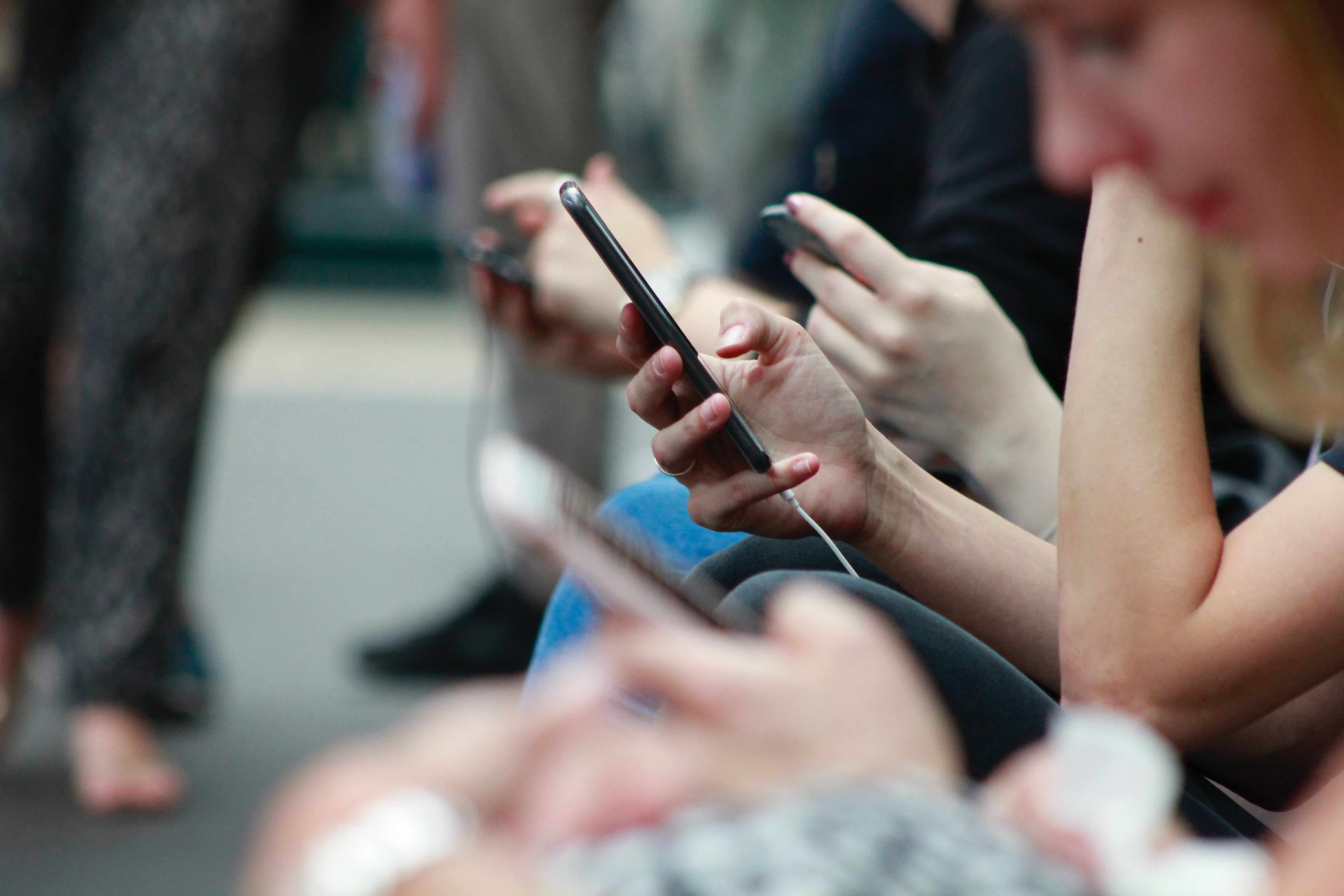 Product Strategy
5 Steps to Personalize Your Mobile Experience For Better Customer Engagement
Nisha Gopinath Menon
March 15, 2022
With millions of mobile apps on the app stores, it’s getting harder and harder to grab the attention of users. You need to provide great content that allows genuine engagement in order to attract them.
Read more

Development
How To Successfully Outsource Web Development?
Ben Obear
June 9, 2017
Whether you own a small office, medium enterprise, a start-up or a massive business empire with various business processes and diversified interests, outsourcing web development services can help. Not only will you get quality work at cheaper rates but you will also be able to focus on core business issues as you will have enough time on your hands while your offshore team takes care of your web development needs. However, there are certain safety measures that you should adhere to ensure a smooth transition into such outsourced work.
Read more
Software Development Services
SaaS DevelopmentOmni channel eCommerceIoT Application DevelopmentEnterprise MobilityWeb Application DevelopmentResponsive Web DesignMobile App Development
Technologies
Ruby on RailsPythonNode.jsAngularJSiOSAndroidSpree Commerce
Contact
Hire UsJoin our teamLinkedinFacebookTwitter
Locations
AM
San Francisco
5433 Ontario Common Fremont CA 94555
+1.415.234.3611
Singapore
30 Cecil street #19-08 Prudential Tower Singapore - 049712
+65.69581001
PM
Bangalore
#2, 4th Cross KSRTC
Layout, Chikkalsandra Bangalore - 560061
+91.80.41620784
© 2012-2022 CognitiveClouds
A Mahalo Digital Venture
Privacy Policy