Should You Prefer DigitalOcean over Amazon AWS for a Ruby On Rails app?

DigitalOcean is comparatively a new cloud hosting provider. Launched in 2011, DigitalOcean focus is centered on the developer's’ needs, unlike Amazon’s AWS which attempts to cater to a far wider audience with an everything-to-all-people approach. DigitalOcean zeroes in on three main selling points to stand out from the competition: high-performance virtual machines, pricing, and simplicity.

DigitalOcean’s pricing is reputedly one of the best among all cloud providers. Their prices are extremely affordable, even if you are operating from a small developer setup. Additionally, they don’t take you off guard with hidden charges for add-ons like fixed IP addresses and more traffic. DigitalOcean takes prides on offering only high-performance machines. Lastly, DigitalOcean provides an uncomplicated, simple setup. It is a bare-bones IaaS provider for Linux developers.

Although DigitalOcean is perfect for Linux developers, some have found provisioning a server with DigitalOcean challenging and tedious. There have been cases where experienced developers found themselves spending too much babysitting a Rails application deployed to their live VPS or virtual private server. They complained about having to grapple with email issues and SSL certificates. Both DigitalOcean and AWS from a cost standpoint, are very scalable. With DigitalOcean, scaling can prove to be a tad complicated and requires you to figure out how you need to scale and run some shell scripts. You need to know whether you need to scale horizontally or vertically and do it all yourself. Advanced developers should check out DigitalOcean, which claims you can be up and running in less than 55 seconds.

Amazon is a lot different from DigitalOcean. It is the giant of cloud computing and a market leader. Amazon's computing capacity is reputed to be extremely powerful, and it owns the largest data centers in the world. Amazon’s AWS is an umbrella offering which consists of a sometimes confusing array of various branded PaaS and IaaS solutions. The best-known and largest of these is the EC2 IaaS solution.

AWS is recommended for the intermediate to the advanced developer and has a user-friendly graphical interface. AWS offers great Ruby support. AWS Elastic Beanstalk happens to be an easy-to-use service for deploying Ruby on Rails apps on familiar servers like Nginx and Apache. Elastic Beanstalk manages the application stack for you and provisions and operates the infrastructure, meaning you don't have to spend time or develop expertise, rather, you can focus on writing code. Additionally, auto scaling reduces the need to manually provision Amazon EC2 capacity in advance, by allowing you to follow the demand curve of your application closely. AWS also offers a treasure trove of developer resources, including tutorials and articles for making the best use of its services. With AWS, you can also have things up and running in as little as 20 minutes.

In a nutshell, AWS comes with more services than DigitalOcean. With DigitalOcean, you’re basically on your own. It is a leaner structure for economizing your hosting needs. Even so, what you save in charges, you lose in time. Meaning, the time you could be spending writing code, you end up devoting to development and operation tasks.

DigitalOcean is not exactly competing with Amazon. It's targeting small developers who need to start up a small high-performance instance quickly. Nevertheless, DigitalOcean does give the user a clean, easy-to-use interface with few features and one-click deployments. Amazon, on the other hand, offers a PaaS/IaaS cloud supermarket where you can choose just about any cloud service you could want, and some you didn’t even know existed, such as cloud workflows and mobile analytics.

There are many options out there for deploying your application and sharing it with the world. Take a little time to weigh the advantages and disadvantages of these two hosting service providers before settling on which one makes the most sense for your and your user’s needs. 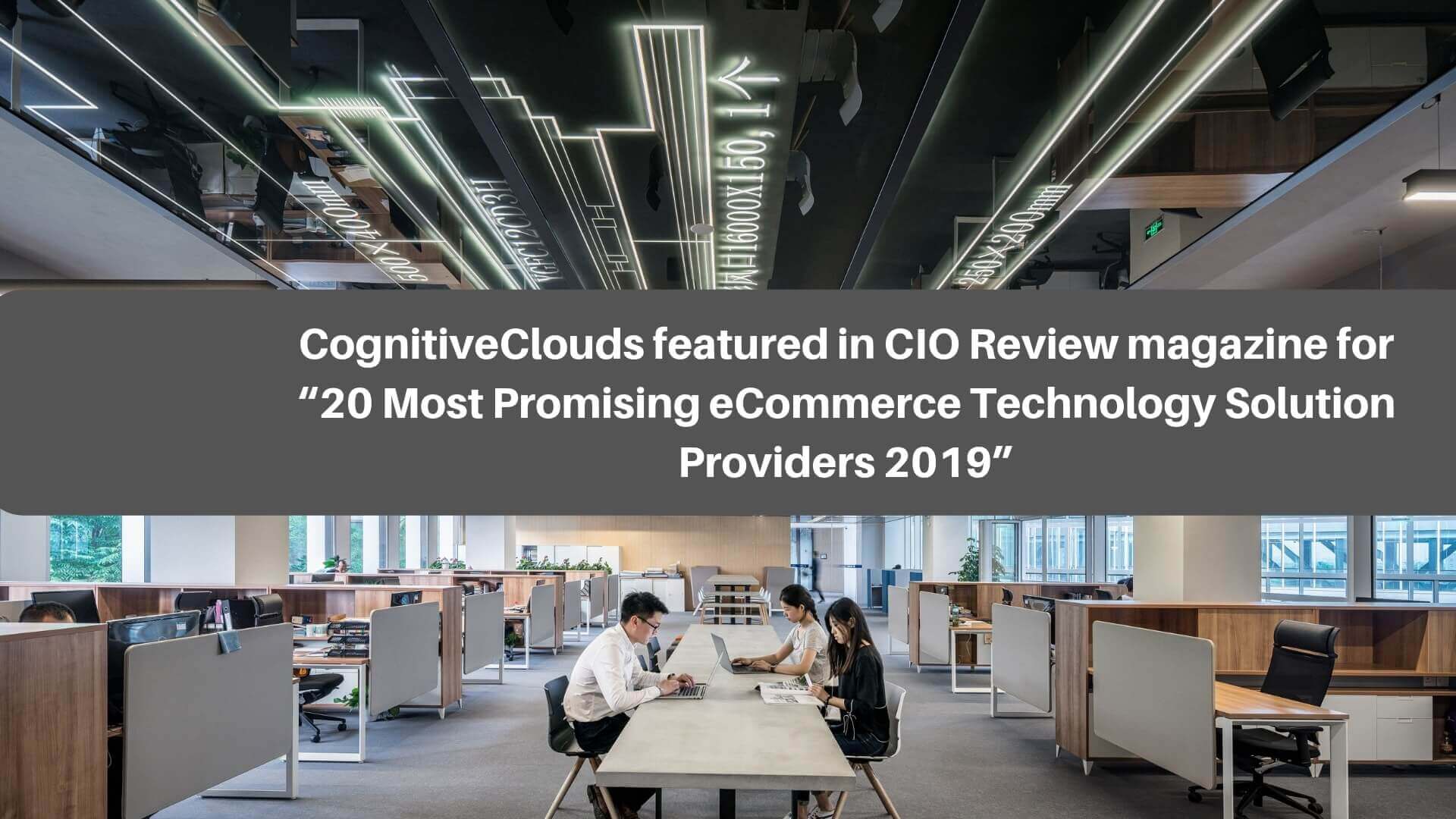 News
CognitiveClouds featured in CIO Review magazine for “20 Most Promising eCommerce Technology Solution Providers 2019”
Nisha Gopinath Menon
April 8, 2019
In early 2019, CIO Review contacted us to be featured in the “Top 20 Most Promising eCommerce Technology Solution Providers 2019” which is an annual market research survey conducted by CIO Review of tech solution providers. This Top 20 mention and feature was a pleasant surprise at CognitiveClouds. We appreciate the fact that someone may have nominated us to be considered for this survey from the CIOReview magazine audience.
Read more

Development
Top 10 MVP Development Best Practices
Amit Ashwini
September 11, 2017
Designing software can be very expensive. Programmers can cost hundreds of dollars an hour and those hours will add up. This is a difficult cost to absorb for many companies’ research and development budgets. To make matters even worse it is hard to predict the success of a new software package. Lots of times it just flat out does not work, no matter how many man hours are put into it. Other times the market does not accept it and it fails to gain the popularity necessary for profitability. There is no way to predict what products are going to be successful no matter what resources are poured into them and no matter how good they look on paper.
Read more

Strategy
10 Strategic advantages of Internet of Things connected businesses
Ben Obear
July 8, 2015
Businesses in today’s day and age need to be connected to the ‘Internet of Things.’ This will allow for them to be totally connected. It doesn’t matter what industry you are in. It is strategic for you to be as connected as possible and understanding this will help you to achieve all of the different advantages.
Read more
Software Development Services
SaaS DevelopmentOmni channel eCommerceIoT Application DevelopmentEnterprise MobilityWeb Application DevelopmentResponsive Web DesignMobile App Development
Technologies
Ruby on RailsPythonNode.jsAngularJSiOSAndroidSpree Commerce
Contact
Hire UsJoin our teamLinkedinFacebookTwitter
Locations
AM
San Francisco
5433 Ontario Common Fremont CA 94555
+1.415.234.3611
Singapore
30 Cecil street #19-08 Prudential Tower Singapore - 049712
+65.69581001
PM
Bangalore
#2, 4th Cross KSRTC
Layout, Chikkalsandra Bangalore - 560061
+91.80.41620784
© 2012-2022 CognitiveClouds
A Mahalo Digital Venture
Privacy Policy