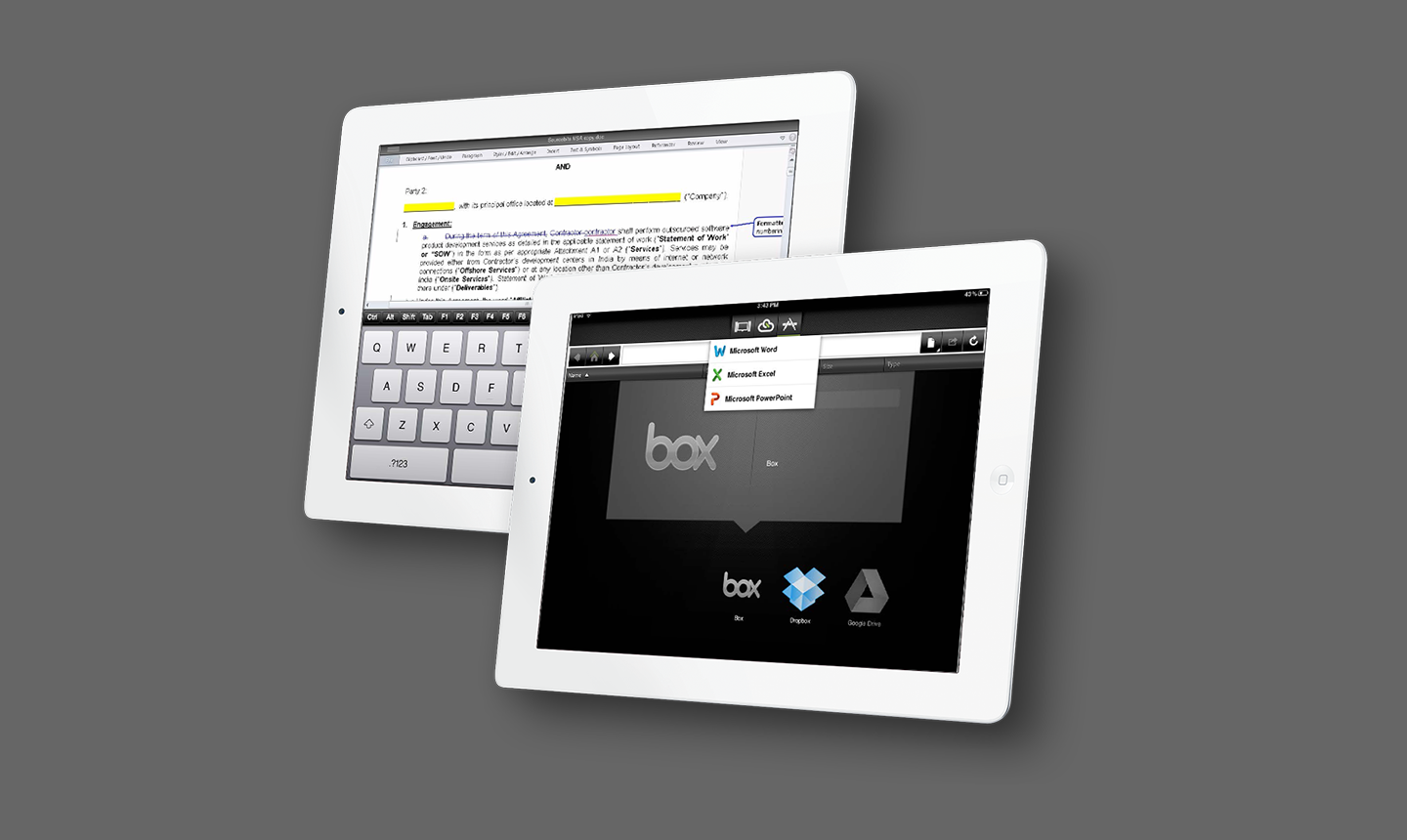 Mobile only solution to edit Microsoft documents on iOS and Android devices.

CloudOn was recently, acquired by Dropbox.

CloudOn is a startup that’s building a cloud solution to streamline document management and application virtualization across platforms and devices. The company has 25 employees and it’s growing its market share at a rapid pace. While a few other solutions allow you to view and edit MS Office applications, non of those solutions compare to the full-feature cross platform capabilities of CloudOn.

A recent study commissioned by Citrix showed that 92% (https://www.citrix.com/site/resources/dynamic/additional/Citrix_BYO_Index_report.pdf) of IT Departments surveyed have some form of a Bring Your Own Device (BYOD) policy. BYOD policies are a good thing to enable the workforce, but collaboration and compatibility are both issues that can cause IT support requests to swell. These support requests can be significantly reduced if professionals and teams use a workspace that enables collaboration across devices, operating systems and applications.

CloudOn came to us with the vision of creating such a workspace. While only iPad and Android tablet products exist today, the CloudOn team plans to create virtualization nirvana by enabling people to access documents and collaborate on any device or OS while using any storage provider.

Challenge: Interaction with external keyboard. The problem is that iOS doesn't allow access to low-level events such as key presses.

For iOS mobile app Hidden UITextView was created. Changes in its text property and the cursor position were monitored and interpreted as key presses. This was kind of hacky solution, but the only possible so we stay in the boundaries defined by Apple.

Some improvisation with Core Animation and adaptation of 3rd party code. See cube transition: https://code.google.com/p/cubetransition/ And TutorialViewController in the application code CloudOn

For Android mobile app Keyboard was amended by adding a row of keys on a layer between the application UI and the keyboard, matching the look and feel of the keyboard. Extended keys were coded to dispatch application specific events.

Screens were implemented as Fragments, overlapping in a single FrameLayout.

Lazy load and caching were implemented. Lazy loading allowed visual controls to paint and begin functioning prior to image load, with images added when available. Caching cut down on network latency by loading images only once per session and creating a time to live for fetched directory structure attributes. What did we create, and how did we solve each of the challenges?

Within 12 hours of launch, CloudOn became the #1 free iPad app, beating out popular gaming and social media apps. The current version of the iPad app has 4.5 out of 5 stars and it’s poised to maintain that rating as additional features and integrations are added. The tablet solutions architected and executed by Sourcebits’ technical team have increased CloudOn’s install base from 0 to hundreds of thousands with a significant portion of those installs resulting in active users. While the revenue funnel hasn’t been turned on yet, the CloudOn team will soon put into place a plan that mimics the monetization scheme used by other collaboration startups like Evernote.

"You guys are incredibly talented. Thanks for solving hard tech issues that I never imagined that we needed to solve. " 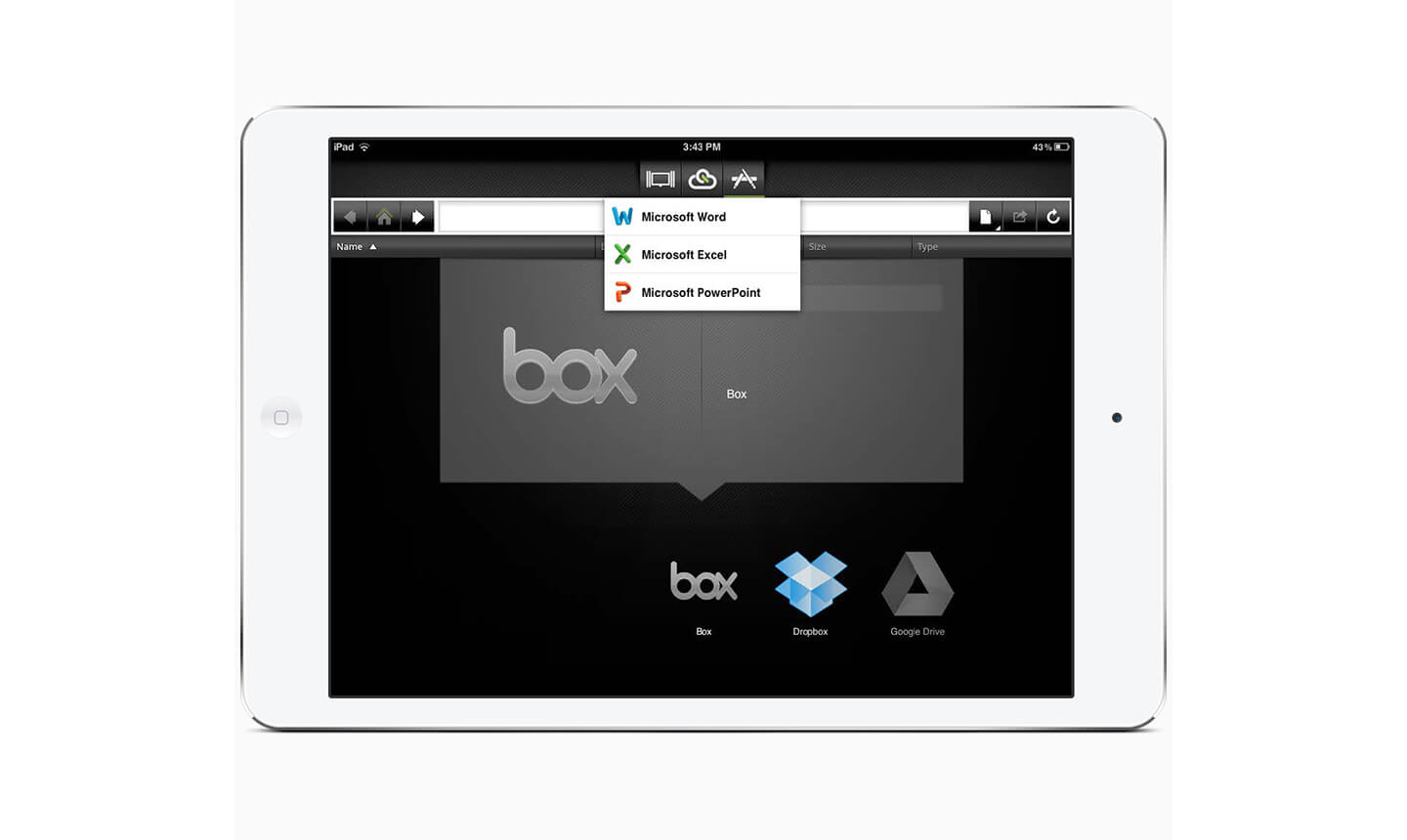 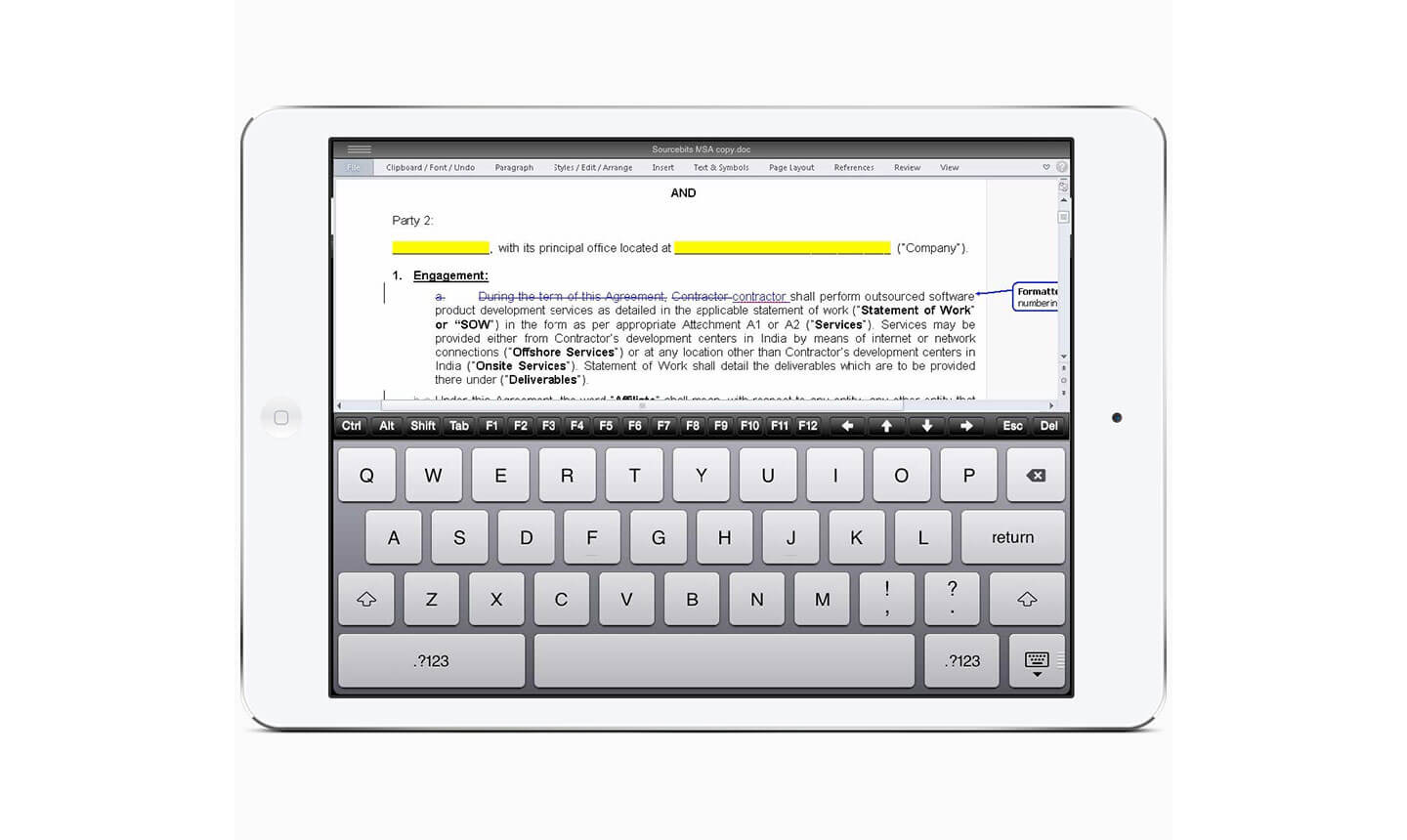 No items found.
imDown
Share your Story with the World