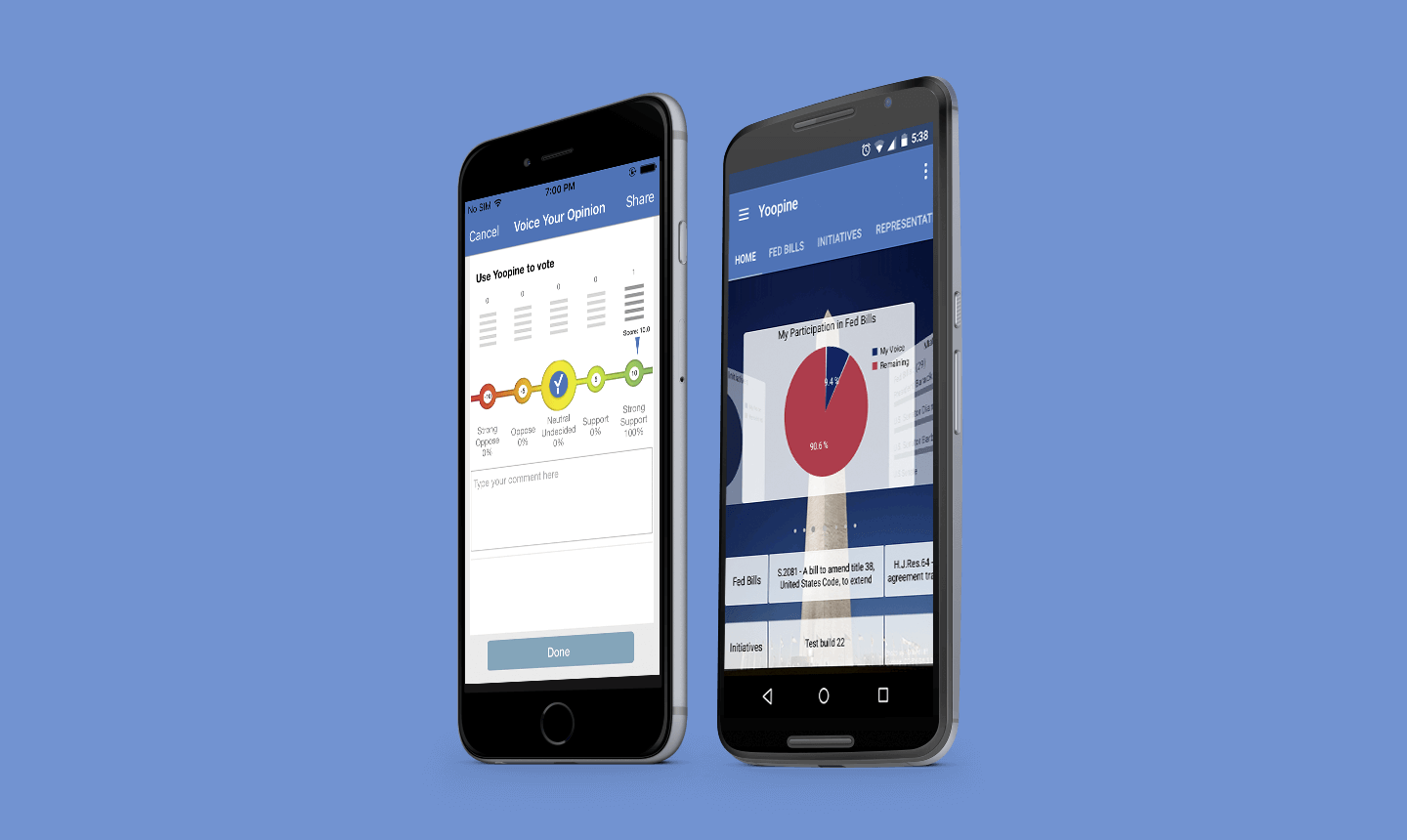 YooPine connects citizens to the political process by enabling voters to measure and track their elected representatives.

The democratic process isn’t as transparent as it once was because representatives are controlled by the special interests funding their campaigns.

We helped YooPine launch their iOS and Android apps in time for the 2016 presidential election, which exposed the app to a large audience of users.

"Developing such a complex app remotely would have been impossible without the strong project management capabilities, technical skills, and commitment of the CognitiveClouds team."