Yatra is the #2 Online Travel Agency 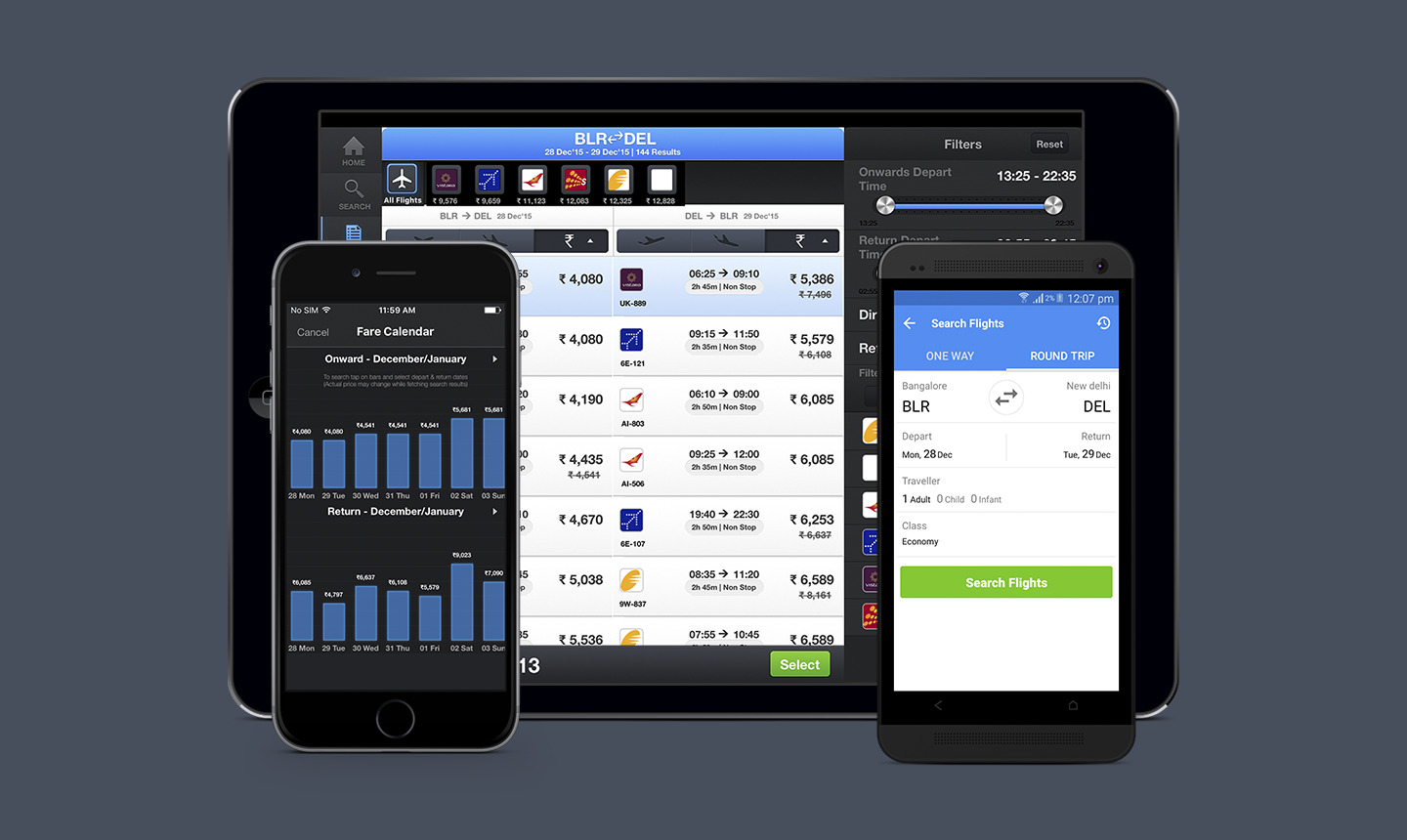 Yatra is the #2 Online Travel Agency (OTA) in India and they leveraged our mobile expertise to create their first version native iOS and Android applications. The apps we built include international and domestic flight search, hotel search and PCI compliant credit card processing. With over 1,000,000 downloads and a 32X revenue increase from mobile, we exceeded this OTA’s expectations.

In May 2012, Yatra updated their mobile website to work with WAP- enabled handsets because mobile adoption was rapidly growing in India. While the apps caused a small bump in revenues, Yatra realized less than 0.5% of total revenues from mobile.

Six months later, the CEO of global travel industry leader Expedia said “Today, most of our sites are seeing 20% or more of their transactions coming from mobile.” Yatra’s revenue growth from mobile was flat while India became the fastest growing smartphone market in the world in 2013, leaving Yatra with one option— reinvent their end-to-end mobile experience or lose market share to new and existing competitors.

With an aggressive 6-month timeline and a goal to increase mobile revenues from 0.5% to 15% of total revenues, Yatra evaluated solutions proposed by 10 third-party vendors. Yatra selected CognitiveClouds as a clear leader among the vendors evaluated and Yatra’s Head of Mobile said CognitiveClouds:

To provide Yatra’s customers with the best experience across ioS and Android devices, CognitiveClouds’ design team created unique user interfaces for iPhones, iPads, Android phones and Android tablets. Small tweaks like removing back buttons on Android created a native feeling experience. The visual design (look and feel) was customized for each OS and over 500 wireframe screens and visual design assets were produced for these apps.

Yatra’s apps were intelligently architected to support dozens of screen resolutions on Android devices as well as Retina and non-Retina displays on iOS devices. By following a pure MVC architecture, engineers produced a crisp look and feel for a large range of devices with fewer lines of code.

Few changes to Yatra’s existing APIs were required and each app’s API integration was highly customized to handle performance and provide a rich user experience. Intelligent caching logic remembered the customer, past bookings, location, dates and filters to provide a better experience to returning customers.

Yatra’s mobile revenues continued to plateau for the six-months during which the apps were designed and built. These apps were highly anticipated and within two-months of launch, mobile bookings exploded from 0.5% to 16% of overall revenues. By delivering Yatra’s apps on-time and on-budget, CognitiveClouds exceeded Yatra’s internal goals and grew their mobile revenues 32 times within eight-months of kicking off the engagement.

After agreeing that CognitiveClouds exceeded expectations, Yatra’s management team decided to retain designers and engineers from CognitiveClouds’ team to continue to refine and enhance their native iOS and Android apps.

"Within two months of application launch, mobile soared to more than 16 percent of overall revenues from [a] mere 0.5 to 1.0 percent. Our ratings on the App Store soared during the initial months." 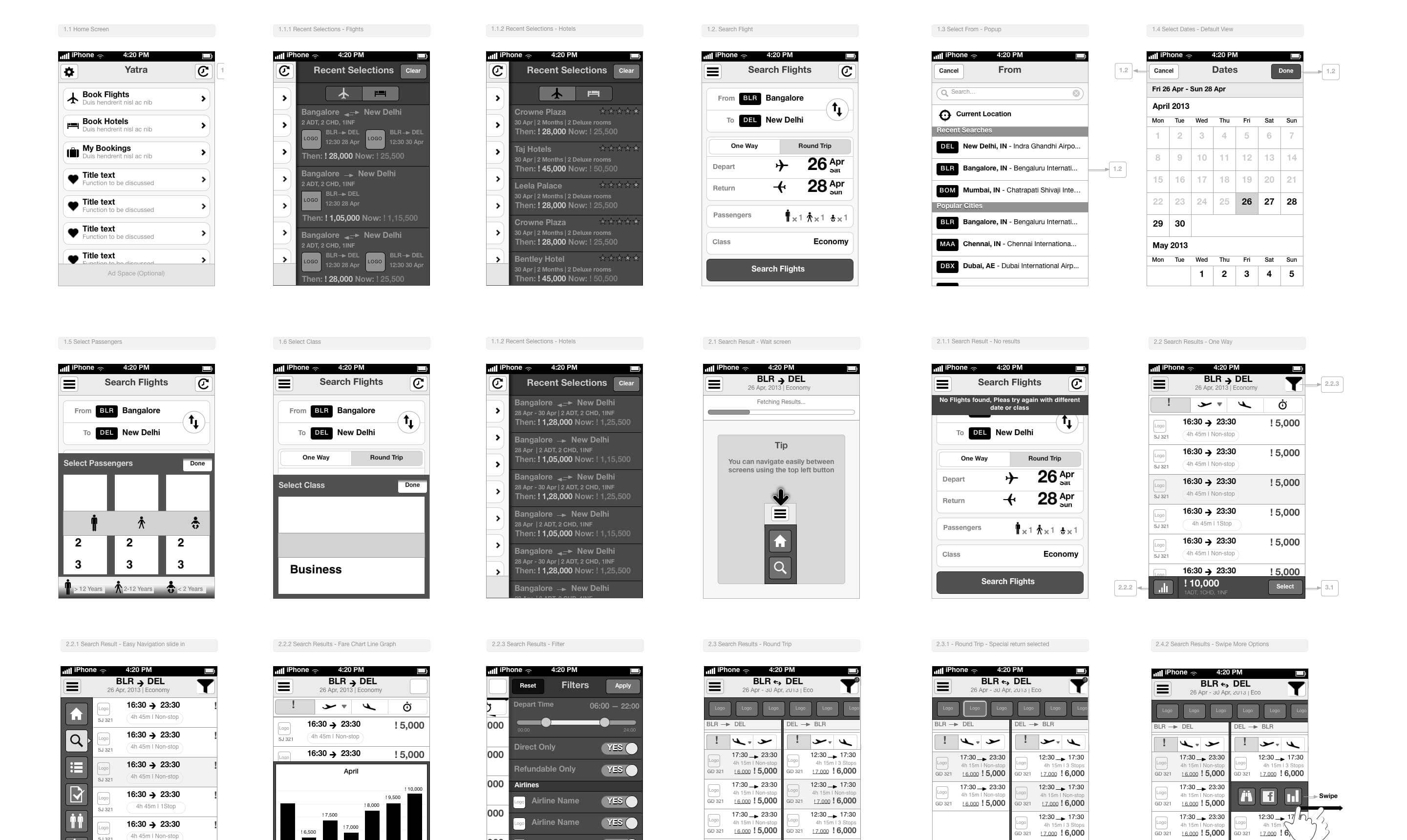