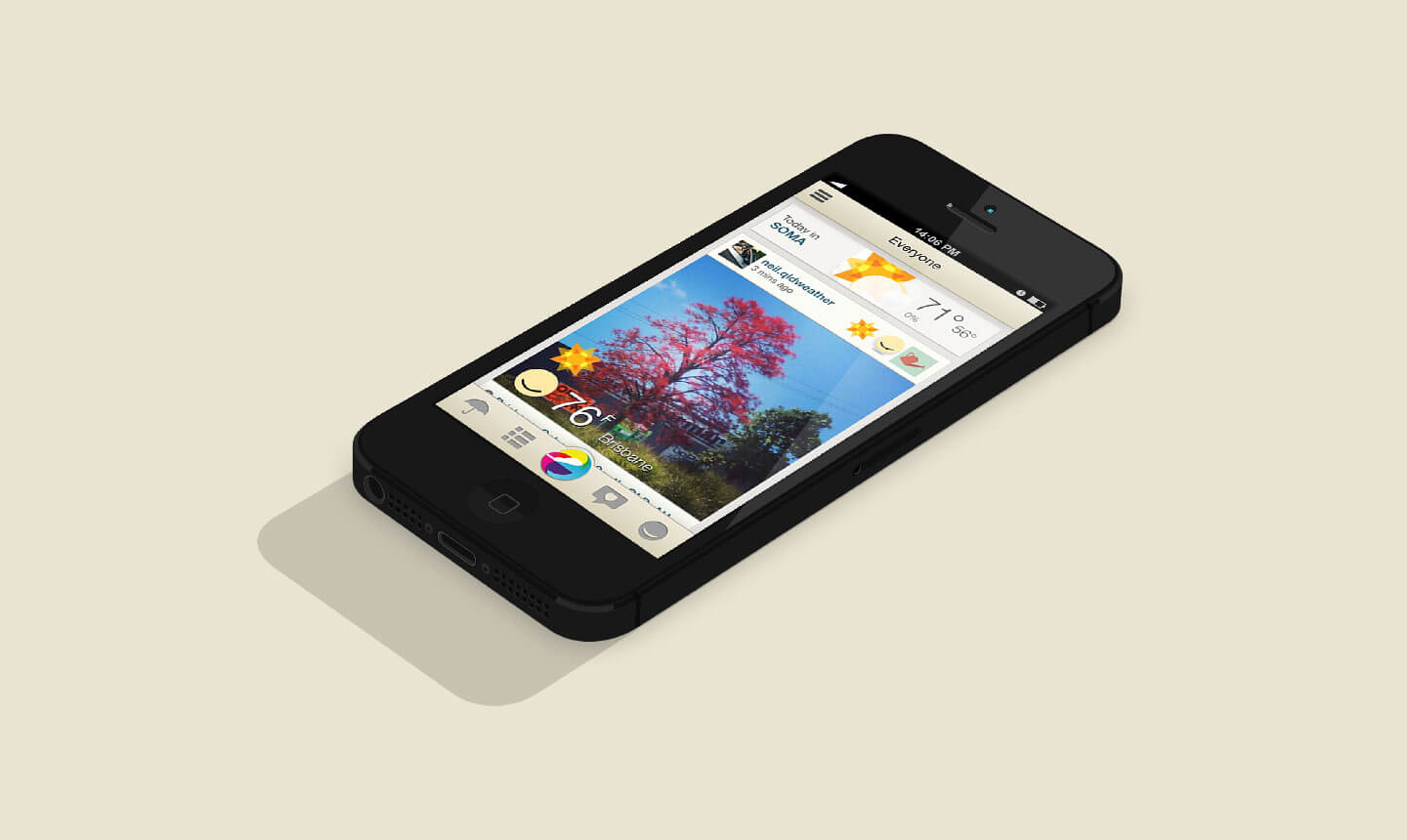 Weathermob lets you share, discover, and discuss the weather with people from around the world. It’s a free, entertaining, and easy way to share your weather--whether you’re basking in sunshine or running from the hail--on your iPhone. With a few taps of the finger, Weathermob lets you report on the weather, your mood, and what you’re up to. They’re a friendly global community of weather reporters; they log on to express themselves, be inspired, plan vacations, and live vicariously

Fix the scalability issues. Develop an ability to create channels for locations or tags that a user wanted to follow.

The foremost goal of this project was to solve the scalability issues of the first version of Weathermob. We had to create a mobile application that was able to grow reliably along side its community. While upgrading and improving the existing system, it was important that Weathermob maintained its current user base. Through the delicate process of data migration CognitiveClouds was able to move all user data over to the new system with little to no issue and without losing any data. Version 2 also included a number of new design considerations.

All of this culminated in the rapid deployment of a stable and solid Weathermob that was more enjoyable and easier than ever to use.

"Beyond their significant talents, they are also very nice people, which has made working with them daily a joy."